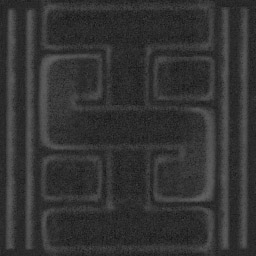 Thanks to everyone who ordered. Enjoy!

For a complete story of what's been happening with InSoc since you last saw "What's On Your Mind" on MTV, check the History and New Album sections. But briefly, In 1993, I took over the band from Paul & Jim, who went on to other things. I found new management, developed a new set of songs, toured Brasil to earn my own album budget, made a new album with my own money, and THEN found a new label.

The fourth Information Society album, "Don't Be Afraid" was released in September of '97.

In January, I did a remix of a Gary Numan re-make of one of his own older songs: "I Die; You Die". This album, called "Gary Numan: The Mix", is available NOW. 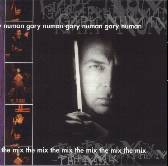 is info on this album, including how to buy it.

Also available now, for those of you who don't have the new album yet and would like to try out one of the new songs on a compilation album first, is "Future Wave". 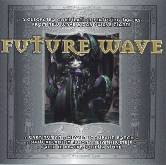 is info on THIS album, and how to buy it.

The next step is touring.

This is equally important to me. All the contract points have been agreed upon with Stiletto, our new Brasilian label, and we're awaiting paper contracts to sign. Soon we'll discuss an actual schedule, and I'll know WHEN we'll be touring.
Once we have the new album out in Brasil, we can set up the South American tour. This will fund the development of the new show. (See the Performance section for details)

Also in the works is the InSoc Greatest Hits Re-mix album, due out later this year. Check HERE for details. The file was updated on 07/02/98.

HERE is an InSoc article on Gearhead magazine.

HERE is an InSoc article on OING online.

Here is an archive of past news stories, starting in early 1997.

HOW TO BUY InSoc MUSIC

HOW TO REQUEST InSoc MUSIC ON YOUR LOCAL RADIO STATIONS

InSoc is accessable in several different ways in addition to this website.

Note the pictures at the top. This is a close-up electron-scanning micrograph of Hitachi's new ISDBA97 microprocessor chip. It will be implemented in all computers by the end of the century.