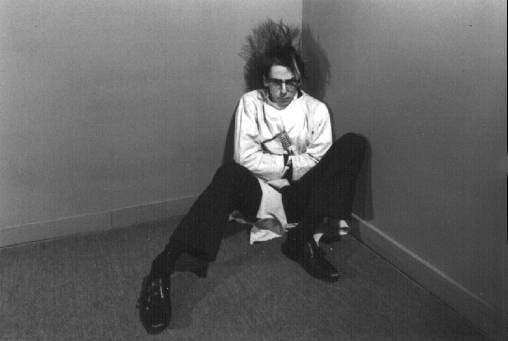 Kurt Harland Larson was born on 01/25/63 in Minneapolis, MN. He lived in Minneapolis until he was 5, when he moved to New Brighton, a wretched surburb north of town. At age 18 he moved back into the city to attend college, in St. Paul. From 1982 to 1988, he lived in South Minneapolis, except for a 6-month stay in Vienna, Austria. In 1988, he moved to New York City for 5 years before settling in San Francisco in 1993.
He graduated from Irondale High School in 1981, and attended Macalester College in St. Paul for a year before attending the University of Minnesota (Mpls.) in 1982.
Kurt began learning piano at age 6 and took lessons on and off until age 19. He began singing in the school choirs and theater productions in 8th grade, which he continued through college, and has even recently been a tenor in the San Francisco Symphony Chorus. Between the ages of 14 and 19, he experimented with painting.

Kurt's family still lives in Minneapolis and Wisconsin. He has a cat named Mike and one brother, Kris, who also lives in San Francisco, and is a member of the InSoc international Touring front.